The Sundowners is a 1960 Technicolor film that tells the story of an Australian outback family torn between the father’s desires to continue his nomadic sheep-herding ways and the wife’s and son’s desire to settle down in one place. The film stars Deborah Kerr, Robert Mitchum, and Peter Ustinov, with a supporting cast including Glynis Johns, Dina Merrill, Michael Anderson Jr., and Chips Rafferty.

The screenplay was adapted by Isobel Lennart from Jon Cleary’s novel of the same name; it was produced and directed by Fred Zinnemann. It falls into the Australian meat pie Western genre.

At the 33rd Academy Awards, The Sundowners was nominated for Best Actress in a Leading Role (Deborah Kerr), Best Actress in a Supporting Role (Glynis Johns), Best Director, Best Picture, and Best Writing, Screenplay Based on Material from Another Medium.

The exteriors were shot in Australia at Cooma, Nimmitabel, and Jindabyne of New South Wales and in Port Augusta, Whyalla, Quorn, Iron Knob, Hawker and Carriewerloo in South Australia. The “for-sale” property in the film was actually called “Hiawatha” and was on the Snowy River just north of Old Jindabyne (now under the waters of Lake Jindabyne).

The above information can be found on Wikipedia .

In January 1882 William Powell’s Hotel opened, (the new hotel Hawker was usually refered to as Powell’s). The Wonoka Hotel operated until it closed in 1958 and was demolished in January 1980.

In 1884 at a hearing to grant an Application for new publican’s licence  “J. E. Clarke, from A. Restall, Powell’s Hotel, Hawker. Permission was granted to alter the name to Wonoka Hotel.” 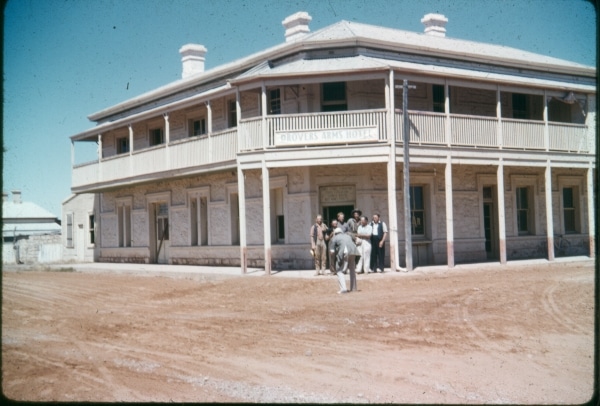 Wonoka Hotel, in the Movie named “The Drovers Arms” 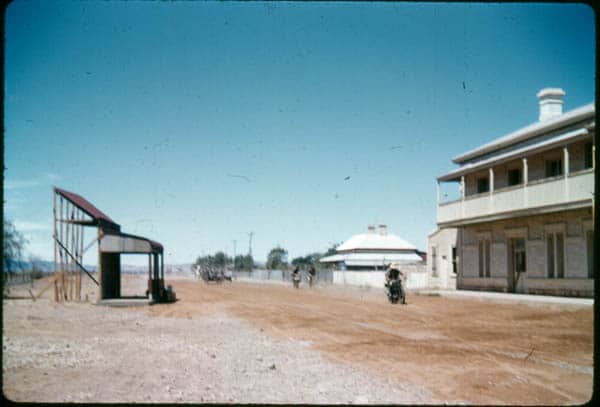