Our online shop has a range of books on display. It is our intention to grow this display.

Some books in the shop are listed below.

“Thirty years with Men”, is the story of Harry Ding of Yunta and Olary area.  Harry Ding operated a number of trucks, employing men to drive them through the Outback of South Australia, New South Wales and Queensland. The Birdsville Mail run was one of his contracts and that meant his trucks had to traverse the harsh Birdsville Track in the early 1930’s. Tom Kruse, Fred Teague, Ken Crombie, Monty Scobie and Wally Blucher were some of his Drivers.

“Mail for the Back of Beyond” by John Maddock contains stories of Outback truck operators like Harry Ding and his men.

Len Beadell’s series of books include “Bush Bashers”, “Too Long in the Bush”, “Blast the Bush”, “Still in the Bush”, “Beating about the Bush”, “End of an Era” and Outback Highways”. Len Beadell, OAM, was one of Australia’s last Explorers, a surveyor and road builder. He surveyed the locations of Maralinga and Emu which were for the atomic testing. Len surveyed and lead the construction team which built roads like the Gunbarrel Highway, Gary Highway and the Connie Sue Highway through remote Outback Australia, some areas never before visited by white Australians.

“Dune is a four letter word” by Griselda Sprigg with Rod MacLean. A story of Reg and Griselda, who with their children Marg and Doug, completed the first motorised crossing of the Simpson Desert. Griselda tells of her life with Geologist and oil explorer husband Reg which included creating “Arkaroola Wilderness Sanctuary” an Outback Resort in the Northern Flinders Ranges. 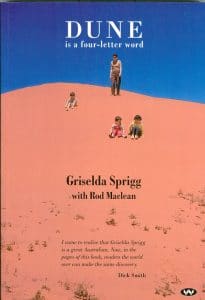 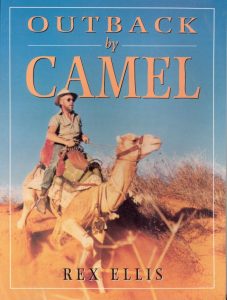